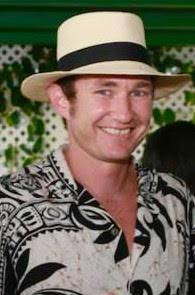 Christopher Sigouin, PTA, LMT, CPT has been a Physical Therapist Assistant With BodyPro Physical Therapy since mid 2010. Always having had the desire to help others with pain, and achieve their optimal function he began his career in therapy as a licensed massage therapist in 2006.

While building a successful private practice in massage, he soon realized that by focusing on only relieving tension in the muscles he was only fighting half the battle when it came to helping others with pain. This was because as often as not the pain people experienced seemed to be from weak rather than tight muscles, and/or general muscular imbalances in the body. So in order to expand his scope he returned to school and graduated with an Associates Degree in Physical Therapist Assisting from the CAPTE certified PTA program at University of Hawaii- KCC, and later studied to become a certified personal trainer with the National Strength and Conditioning Association (NSCA).

Immediately after graduation in December of 2009 he moved to the big island and began his career first working at Yukio Okutsu State Veterans Home serving an elderly population of our retired military and spouses; soon followed with a part time position at Bodypro; and also with Kohala Home Health Care. However rewarding his work with both the Veterans Home and Kohala Home Health, the diverse population of patients served at BodyPro became his primary focus and he began there full time in 2011.

When Chris isn't at work, and sometimes when he is, he can be found enjoying various athletic endeavors, such as martial arts, yoga, and surfing, although often as not he found relaxing onshore with a book while his career has focused primarily on physical therapy in the past several years, Chris still maintains a small massage therapy, and personal training practice and hopes to expand those services through BodyPro Physical therapy at a future time. 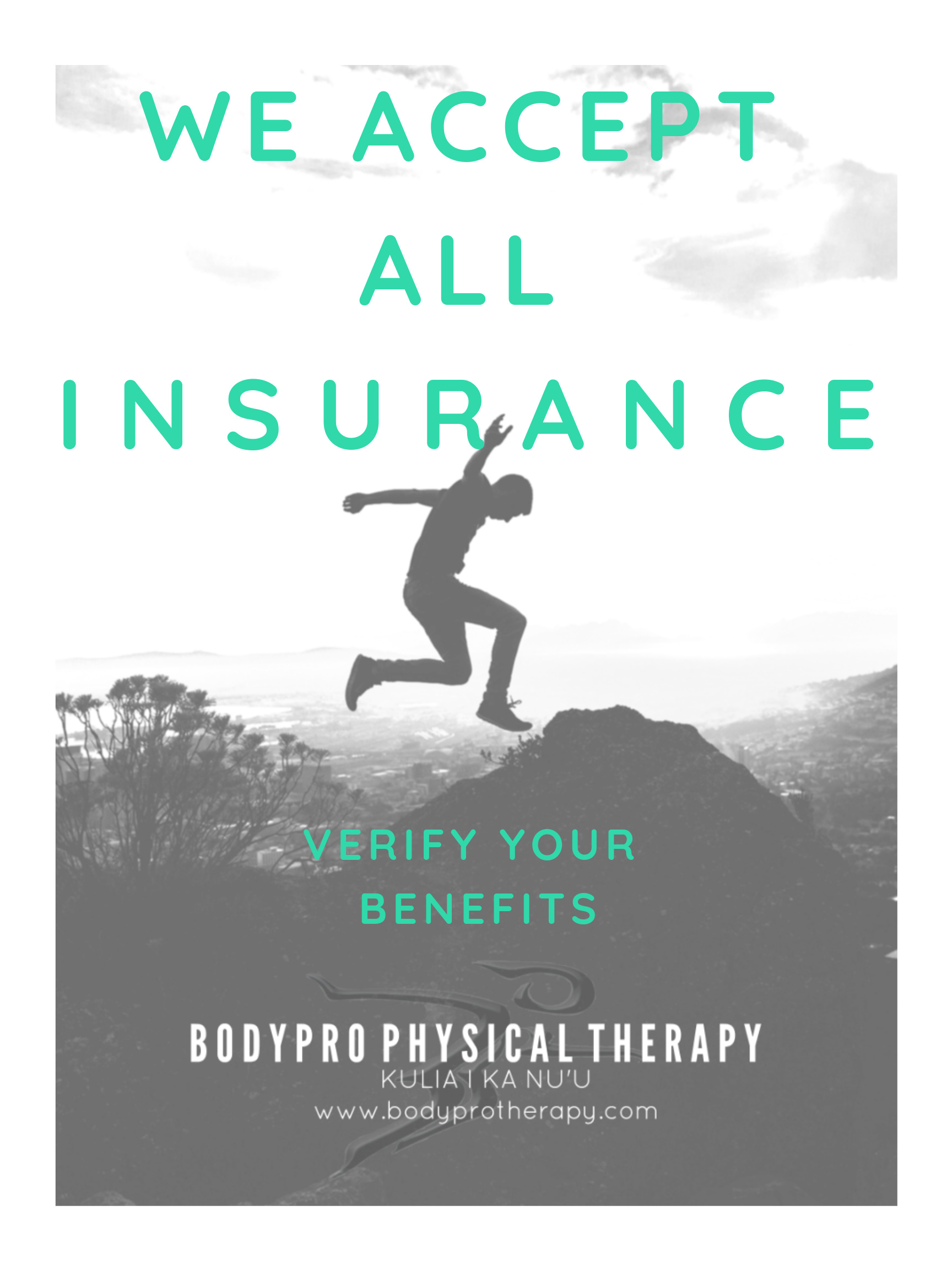 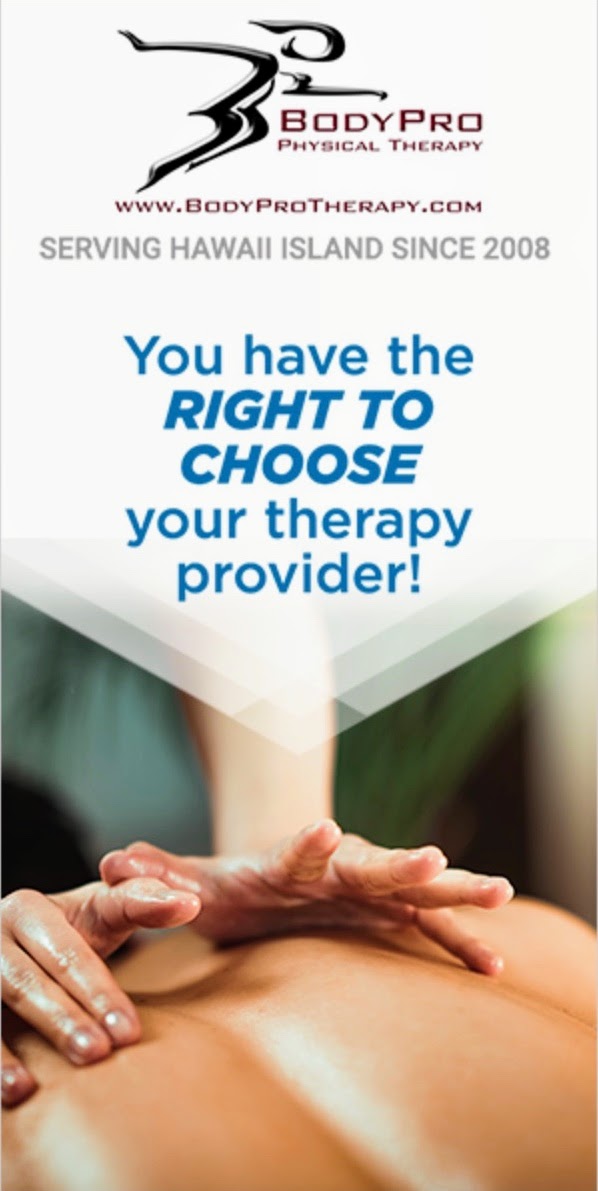 This website is for informational purpose only.  The ideas, procedures, and suggestions contained within this work are not intended as a substitute for consulting with your physician.  All matters regarding your health require medical supervision.  BodyPro Physical Therapy Inc. will not be liable or responsible for any loss or damage allegedly arising from any information or suggestions within this site.  You, as a reader of this website, are totally and completely responsible for your own health and healthcare.  Any information you obtain from this site is not to replace the advice of your physician or healthcare practitioner.  By providing the information contained herein we are not diagnosing, treating, curing, mitigating, or preventing any type of disease or medical condition.  Before beginning any type of natural, integrative or conventional treatment regimen, it is advisable to seek the advice of a licensed healthcare professional.